SEXUAL ALLEGATIONS IN THE CASE FILE ARE COMPLETELY BASELESS 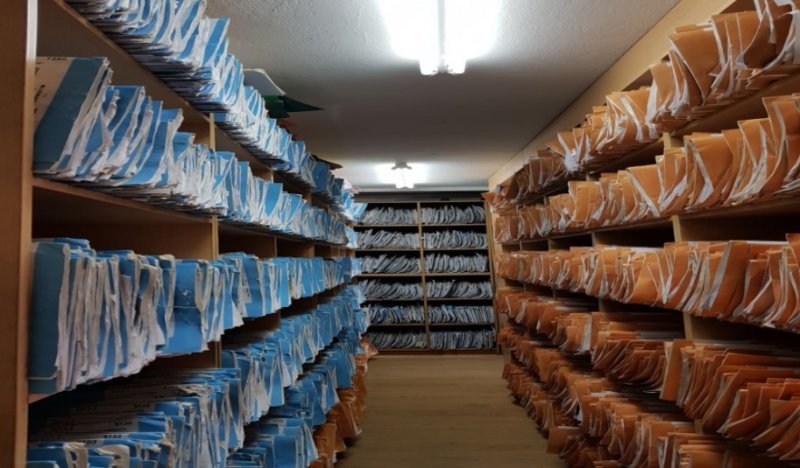 The women who claim to have been sexually assaulted, were in truth, never assaulted or abused. However, THEY WERE FORCED TO MAKE THESE FALSE STATEMENTS AND BASELESS ALLEGATIONS, in some cases, due to an intense intimidation campaign where they were threatened, and in other cases due to those ladies’ attempts to escape the harsh conditions of the prison they were held in. There are countless number of records providing evidence in demonstrating this plain truth.

THESE YOUNG LADIES, most of whom were our friends for many years, HAVE BEEN SYSTEMATICALLY TERRORIZED WITH THREATS BEFORE AND AFTER THE JULY 11 OPERATION BY CERTAIN CIRCLES THAT ARE HOSTILE TO OUR COMMUNITY. As a result, they felt forced to be a part of this elaborate and comprehensive conspiracy built of lies and slanders.

These hostile circles, for their own interests, caused public humiliation of these young ladies. As a matter of fact, they really don’t even care about them, and these poor women who are scared and constantly intimidated, feel desperate and helpless in the face of this ongoing horrible campaign of intimidation and terrorization.

WE ARE AWARE OF THE PLOTS WHERE THESE INNOCENT AND HELPLESS PEOPLE ARE USED AS A MEANS TO ENDS. And we will never allow these young ladies, whom we have known for years and have no doubt about their good characters and integrity, to be insulted or humiliated like this.

It is clear that the young ladies who appear to be complainants in the indictment, were instructed to sign documents that were prepared on their behalf with allegations. Countless number of evidences prove without a doubt that their statements are pure imagination and there had been no sexual abuse or assault whatsoever.

Some of these facts are listed below:

1– The so-called Sexual Assault Allegations in the Case File are Baseless because;

2- All Of The Sexual Assault Allegations In The Case File Are Irrational And Baseless In Terms Of Logic, Conscience And Scientific Facts, Because;

These and other countless and inconsistencies and contradictions clearly prove that the so-called sexual assault allegations in the case file are completely untrue, have no legal basis or validity and are completely against logic, common sense, conscience and atypical of real victims when historically compared to actual cases. .

From the hundreds of allegations in the case, not one has the necessary, physical, technical and logical or factual evidence or proof, as we have explained above.

ALMOST ALL OF THE STATEMENTS OF THE SO-CALLED SEXUAL ASSAULT VICTIMS SEEM TO HAVE BEEN COORDINATED AND COME FROM THE SAME SOURCE BECAUSE THEY USE SIMILAR LANGUAGE AND EXPRESSIONS. EACH OF THEM INCLUDE THE SAME CONTRADICTIONS, INCONSISTENCIES, ILLOGICAL EXPLANATIONS AND ALLEGATIONS. APPARENTLY, A COMMON LANGUAGE AND STATEMENT METHOD WERE EMPLOYED TO ENSURE THAT THE ALLEGED SCENARIOS WOULD BE INCRIMINATING FOR THE DEFENDANTS.

Therefore, it is impossible to understand how such baseless, false allegations –of either hostile complainants or people who are benefitting from the active remorse law and therefore feel forced to make these statements- are presented in the indictment as if they are proof to crimes, when these statements are clearly a product of an elaborate and carefully planned plot.

UNDER NORMAL CIRCUMSTANCES, IT IS VERY EASY TO PROVE THAT A SEXUAL ASSAULT TOOK PLACE. THE FACT THAT NOT A SINGLE PIECE OF EVIDENCE CAN BE PRESENTED AS WE EXPLAINED ABOVE, CLEARLY SHOWS THAT THESE ALLEGATIONS ARE COMPLETELY FALSE, BASELESS LIES.

FOR THESE REASONS, TORTURING INNOCENT PEOPLE BY KEEPING THEM IN PRISON FOR CLOSE TO TWO YEARS USING SUCH FALSE, BASELESS, UNFOUNDED, AND IMAGINARY STATEMENTS AS GROUNDS FOR DETENTION IS NOTHING BUT A MERE LEGAL DISASTER.